Lots of people don’t know the differences between rare earth and neodymium magnets. So we would like explain it in this post. Lots of company buy neodymium magnets for their product which is a type of rare earth magnet. Which means that rare earth as a whole and by extension neodymium belongs to the lanthanide series of elements. The other type is called samarium cobalt which was first used in the 1970s while neodymium was used in 1980s. Both of these types are widely used but as can be foreseen both of them differ from each other in spite of being made from a similar substance. 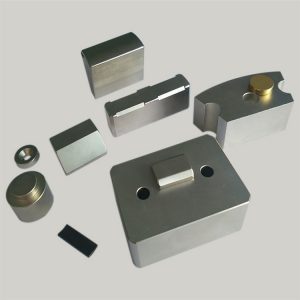 Let’s begin with Neodymium first. It is called NdFeB magnet because it contains the title substance, iron, and boron. It should be noted that neodymium magnets are the strongest available magnets and their core strength can exceed 50MGOe. The BHmax or the maximum energy product is around 10 times more than a ceramic magnet. While this property makes them ideal for some applications, but as expected, there are some tradeoffs. Like:

The other type- Samarium Cobalt isn’t as strong as neodymium magnet since it had a BHmax of around 26 and so these are its resultant properties:

So, as reiterated above, rare earth magnets are actually of the two above types and these two differ in their respective properties pertaining to various functions like heat resistance, corrosion and more. So their properties should be kept in mind while using them for various purposes.